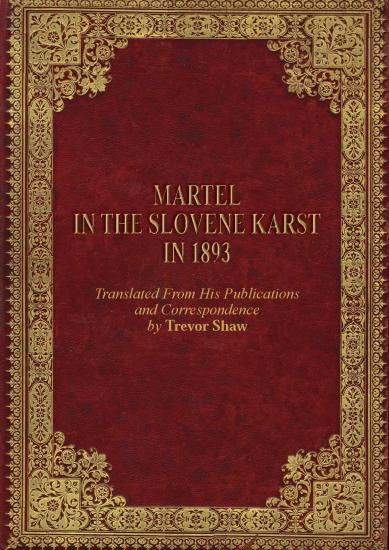 Martel in the Slovene Karst in 1893. Translated from his Publications and Correspondence by Trevor Shaw

E.A. Martel (1859-1938) is rightly regarded as one of the most important people in the history of cave study. Writing in French, as he did, his work was little known in those parts of central Europe that were in the Austrian empire. Thus much of what he wrote about the Classical Karst was not readily accessible to those now living in that area. It is for that reason that this English translation of his 1894 publication has been made. Martel had been in Slovenia from 14 September 1893 to mid October. He was shown the principal caves and karst features of the region by Wilhelm Putick who had been exploring these places from 1886 onwards. This assistance had been authorised by Count Falkenhayn, the Minister of Agriculture in Wien. Such was the importance with which Martel was regarded internationally.