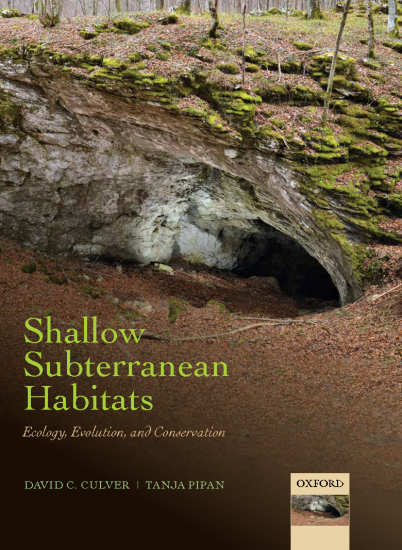 
Shallow subterranean habitats (SSHs) are areas of habitable space that are less than 10 m in depth from the surface. These range from large areas such as shallow caves and lava tubes, to tiny areas such as cracks in ceilings, or spaces in soil. Whilst being very different in many ways, they are often bound together by shared characteristics of the habitats and their faunas, and their study can help us to understand subterranean habitats in general. This book concentrates on the more typical SSHs of intermediate size (seepage springs, spaces between rocks, cracks in lava etc.), describing the habitats, their fauna, and the ecological and evolutionary questions posed. Similarities and differences between the habitats are considered and discussed in a broader ecological and evolutionary context. The book is mainly aimed at students and researchers in the field of subterranean biology, but will also be of interest to a wider range of ecologists, evolutionary biologists, freshwater biologists, and conservationists. There will also be an audience of environmental professionals.

price
for sale in the bookshop Azil