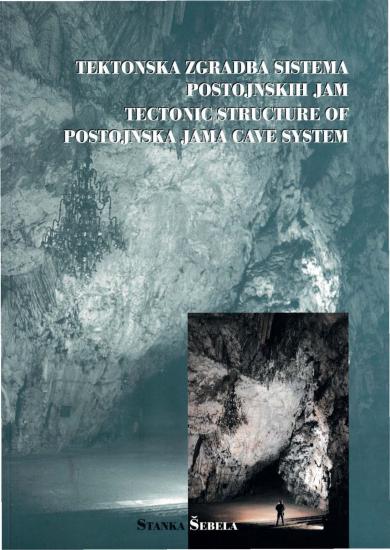 
The Postojnska jama cave system represents a union of old, now dry, horizontal cave passages, the Pivka river active passage, and shafts or collapse dolines, which enable surface connection with some cave passages. The present entrance to the cave is formed at the contact between the Postojna basin impermeable Eocene flysch and the Upper Cretaceous limestone. The Pivka river sink entrance is formed along interbedded movements in the horizontal direction, and in the vertical direction it lies in a strong tectonic fault zone of NE-SW direction. The cave passages are formed in tectonic deformations which developed by the formation of the Postojna anticline, as there are interbedded movements, and in later fault deformations, where the main tectonic fault zones directions are the Dinaric NW-SE and cross-Dinaric NE-SW. Besides two main fault directions, the accompanying broken and fissured zones which are the result of the fault Dinaric tectonics are also favourable to cave formation.